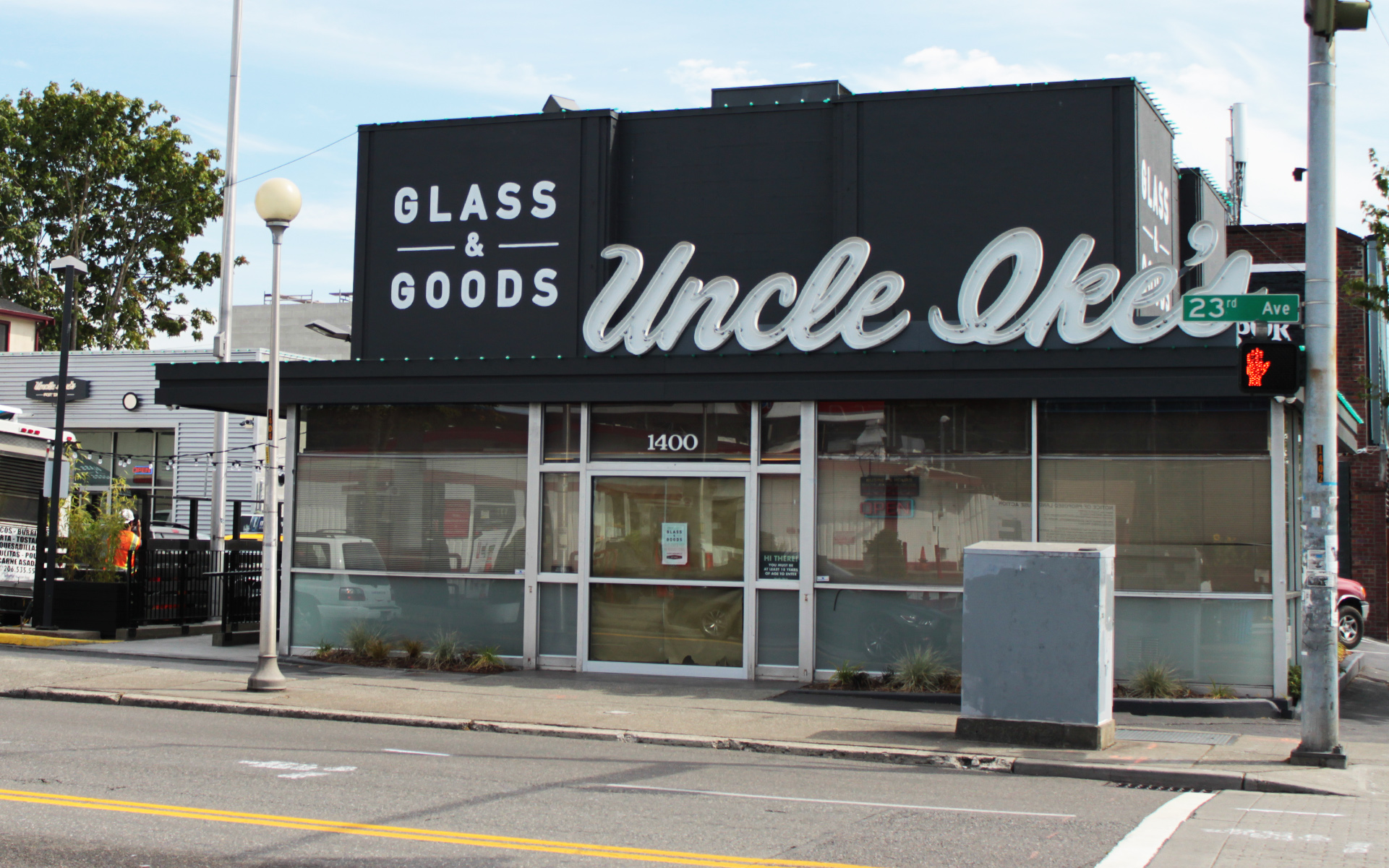 Uncle Ike's has launched ``Ike's OK,`` a program that will test random products for pesticides and stop selling those that fail.
Seattle’s busiest cannabis retailer is taking lab testing into its own hands, launching a program this month that tests random products on store shelves for heavy metals and pesticides—and then removes any products that fail.

Each month, Uncle Ike’s, which operates three Seattle-area locations, will randomly select five products from its inventory and pay to have them tested. The project, dubbed “Ike’s OK,” is an effort to curb the number of contaminated products that make it through Washington’s state-mandated testing process, which doesn’t require pesticide testing as a matter of course.

The first batch of products selected were:

The Need for Clean Cannabis

“I spent all that time at The Stranger crowing about pesticides,” said Coughlin-Bogue, who in 2015 began publishing explosive articles about cannabis pesticides in the Seattle-area newspaper. “The state did some moves and did some things—and, as we’ve seen, it’s come out, it’s still a problem.”

“That’s all anyone needed to do: randomized testing at the retail level.”
Tobias Coughlin-Bogue, Ike's OK

He’s referring to a recent report that found that more than 43% of cannabis tested by the Washington State Department of Agriculture (WSDA) between March 2017 and July 2018 contained either banned pesticides or levels of pesticides that exceeded state limits.

“Likely tens of thousands of Washington consumers are consuming recreational cannabis during any one day,” Patients United, which release the report, said in a letter to state cannabis regulators, first reported by The Stranger. “With pesticide testing failure rates of 30–40%, it is statistically guaranteed that those consumers will consume product with illegal amounts of pesticides in it in every third use.”

State regulators have said that the 43% number is possibly higher than what’s out in the wild, because at least some of the state’s sporadic testing is the result of complaints against certain producers. But Coughlin-Bogue says the complaint-driven pesticide testing is part of the problem. He wants to see an increase in truly random testing.

“That’s all anyone needed to do: randomized testing at the retail level. Secret shopping,” he said. “The process is completely impartial, completely random. No grower is going to get targeted unless they fail.”

How the Process Works

As the state’s second-biggest cannabis retailer by sales, Uncle Ike’s has access to plenty of products. And state cannabis regulators have established limits for certain pesticides while banning others. All that’s left, said Coughlin-Bogue, is to actually test the products.

“We’re not reinventing the wheel in terms of what we test for,” he explained. “It’s stuff that’s really easy to do these days. We’re just doing it.”

For now, Ike’s OK will test only products meant to be inhaled: flower, pre-rolls, concentrates, and vape cartridges. MacRae, the data scientist, will randomly select five products from the store’s inventory, and Uncle Ike’s will pay to have the products tested by Medicine Creek, a Puyallup­-based lab.

Results will also be posted on Uncle Ike’s website, so consumers will have access to the same data as everyone else. “We’re not doing this to throw people under the bus,” Coughlin-Bogue explained. “The results are going online because ethically we felt like we had to be transparent. We didn’t feel like we could do a program like this and not publish the results.”

If a product is selected and fails testing, that product will be removed from store shelves, he said. Additionally, a second product from the same producer will automatically be selected for the next month’s batch of testing. If two products from the same producer fail in consecutive months, the producer’s entire product line will be pulled from shelves until the producer can demonstrate it has addressed the problem. Only after the producer provides independent testing data showing the products are compliant will Ike’s carry them again.

“Most people that Ike’s is buying from, they have a pretty good relationship with,” Coughlin-Bogue said. “So we’re assuming we’ll have a pretty low fail rate—fingers crossed—and if there is something that fails, we want people to be able to go through their products and make sure it’s not elsewhere.”

While the program will begin at Uncle Ike’s, the team behind it hopes to see it expand to other stores in the state.

“If any other retailers are interested in how to implement something like this, we’re more than happy to share the knowledge,” Coughlin-Bogue said. “We’ll come explain how this works, how to set it up with their system. The idea is to make this an industry standard.”

As a journalist, he said, “it feels amazing to be able to come up with a solution to a problem you identified in your reporting.

“Almost never are you able to call something out and say, ‘This is a problem, someone should do something,’ and then have someone show up and say, ‘I will pay you to design and implement the solution.’” 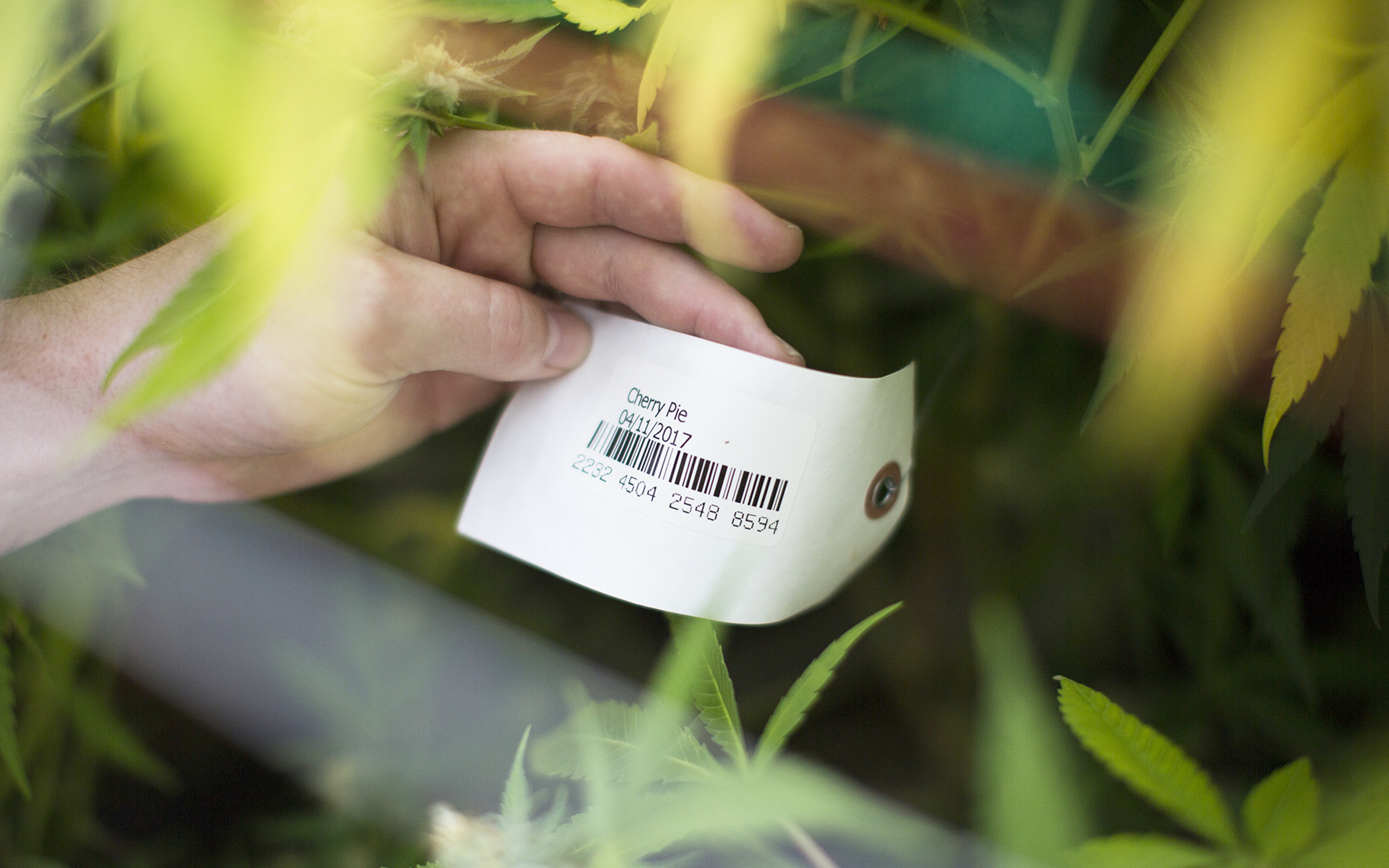 What’s in a Strain Name? A Lot, Actually—but Only If It’s Accurate 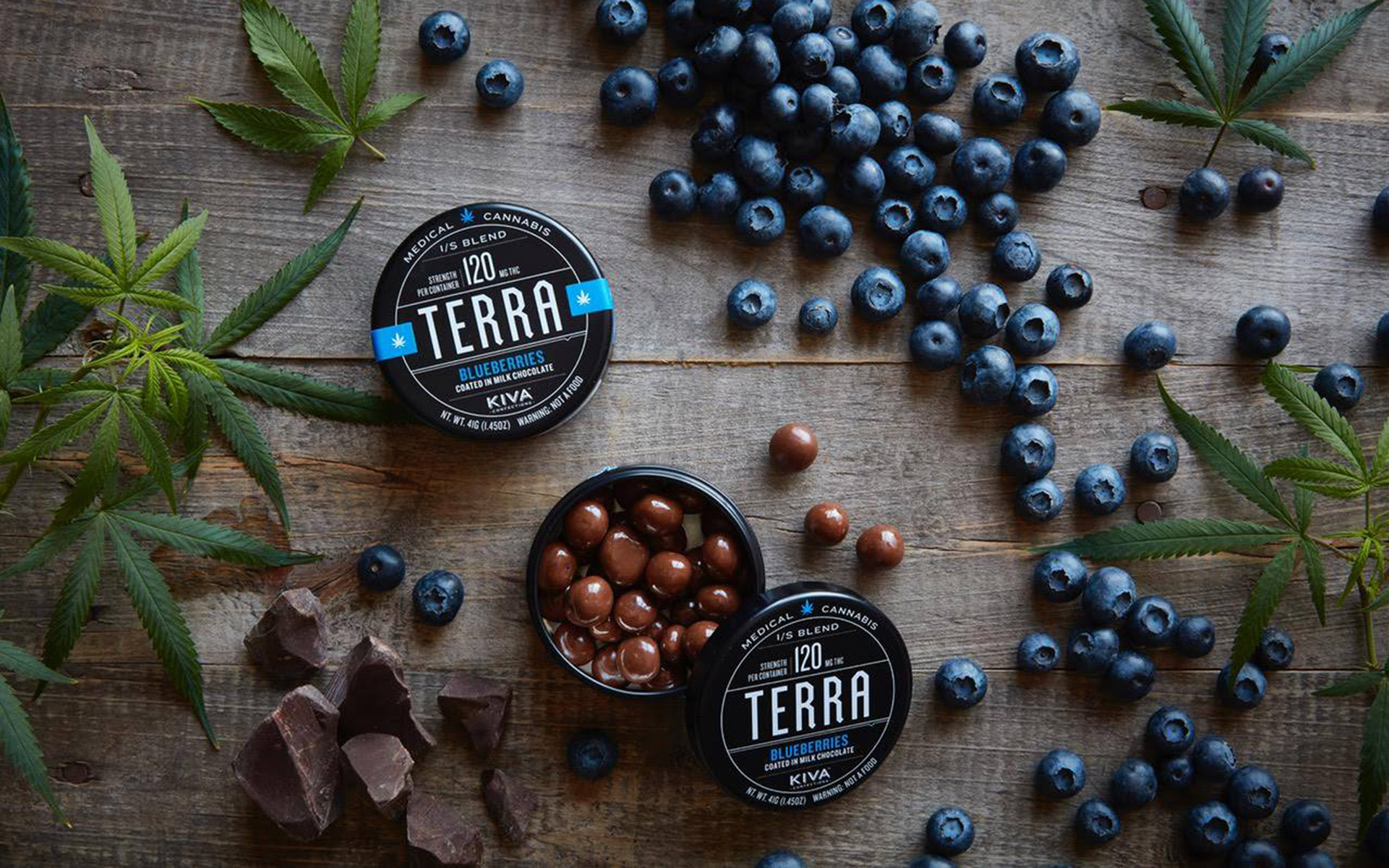 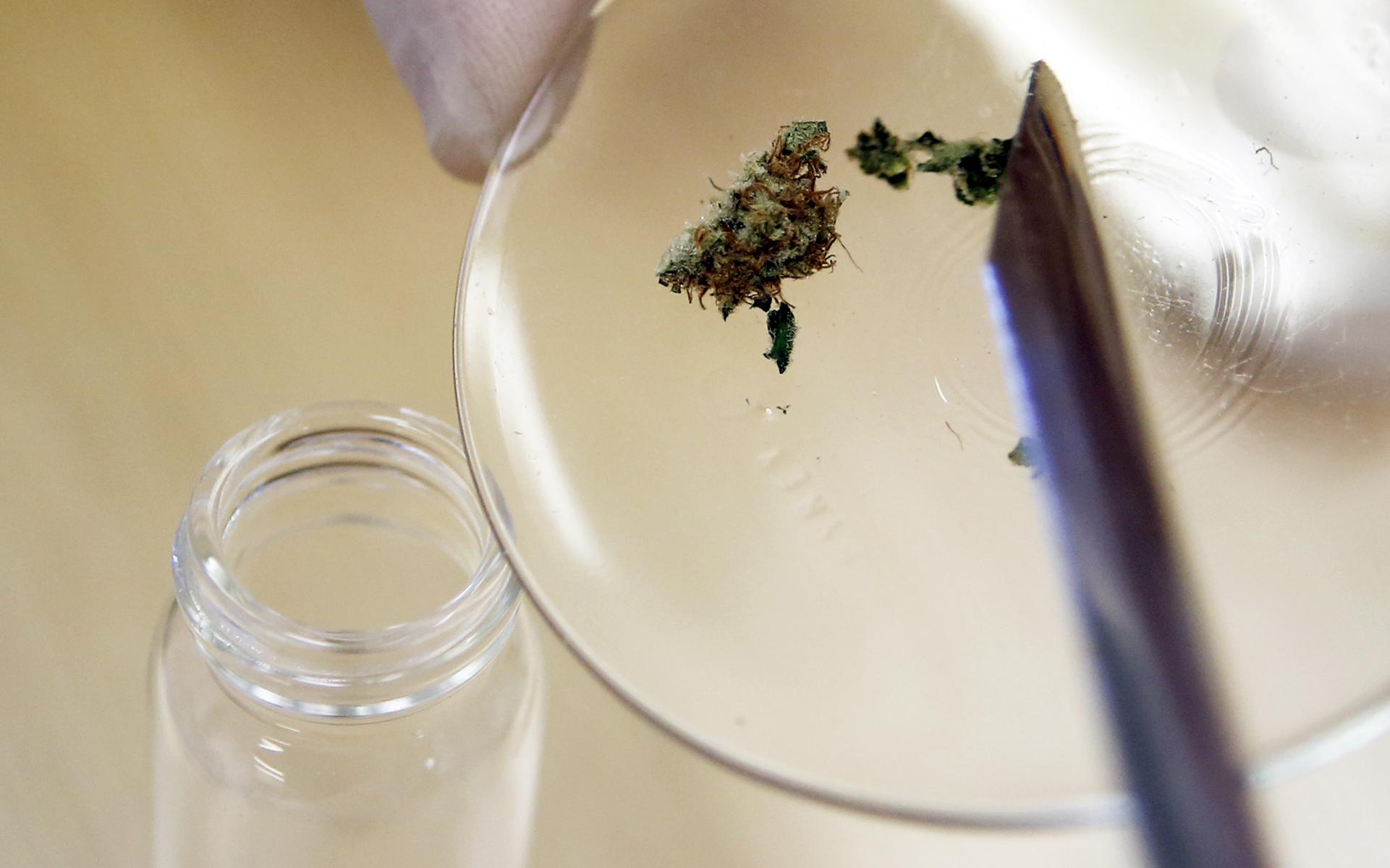 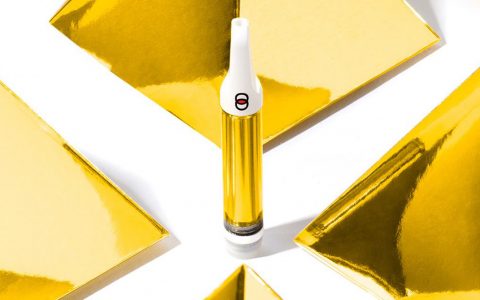 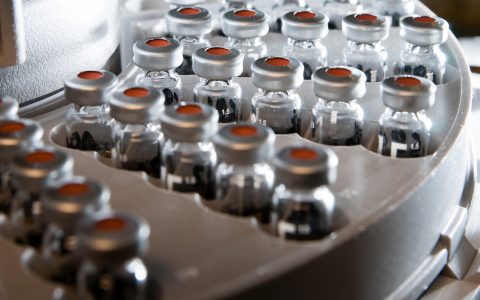 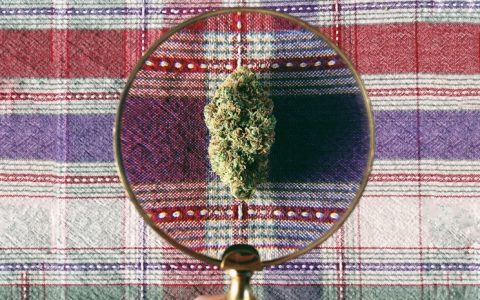 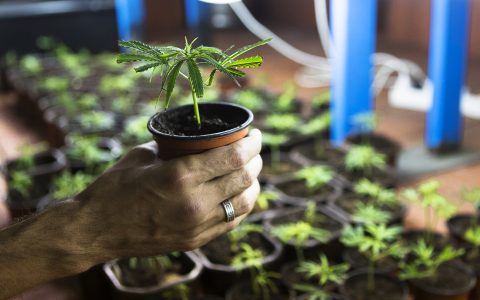 Lab Test: 77% of California Clones Have Too Much Pesticide