5 Excellent Funk Albums to Listen to While High

Rae LlandMay 27, 2017
Share
Share on Twitter   Share on Facebook
Print
(LFO62/iStock)
Originating in the 1960s, funk music was brought earthside by black American musicians who mixed rhythm, blues, soul, and jazz to give birth to a new genre of music that is as groovy as it is dance-inducing. Placing heavy emphasis on bass and drums, funk music is a distinctive genre that gets its name from the early etymology of the word, meaning “musty,” or “earthy.” Anyone who has watched a funk bassist get down knows the “stank face” all too well—it’s this pure, earth-driven vibe that gave funk its name and magnetic presence in the early scene.
Related

Best Jazz Music Albums to Listen to While High

There is truly no other genre like funk—a genre that can enliven, inspire, rejuvenate, and energize. It is a sound that is both euphoric and grounded. The following is a list of some suggested funk albums to get the bones shaking and heart pumping, best enjoyed with some happy, sativa-dominant strains. Have your own funk albums you love to listen to while high? Tell us all about them in the comments below! 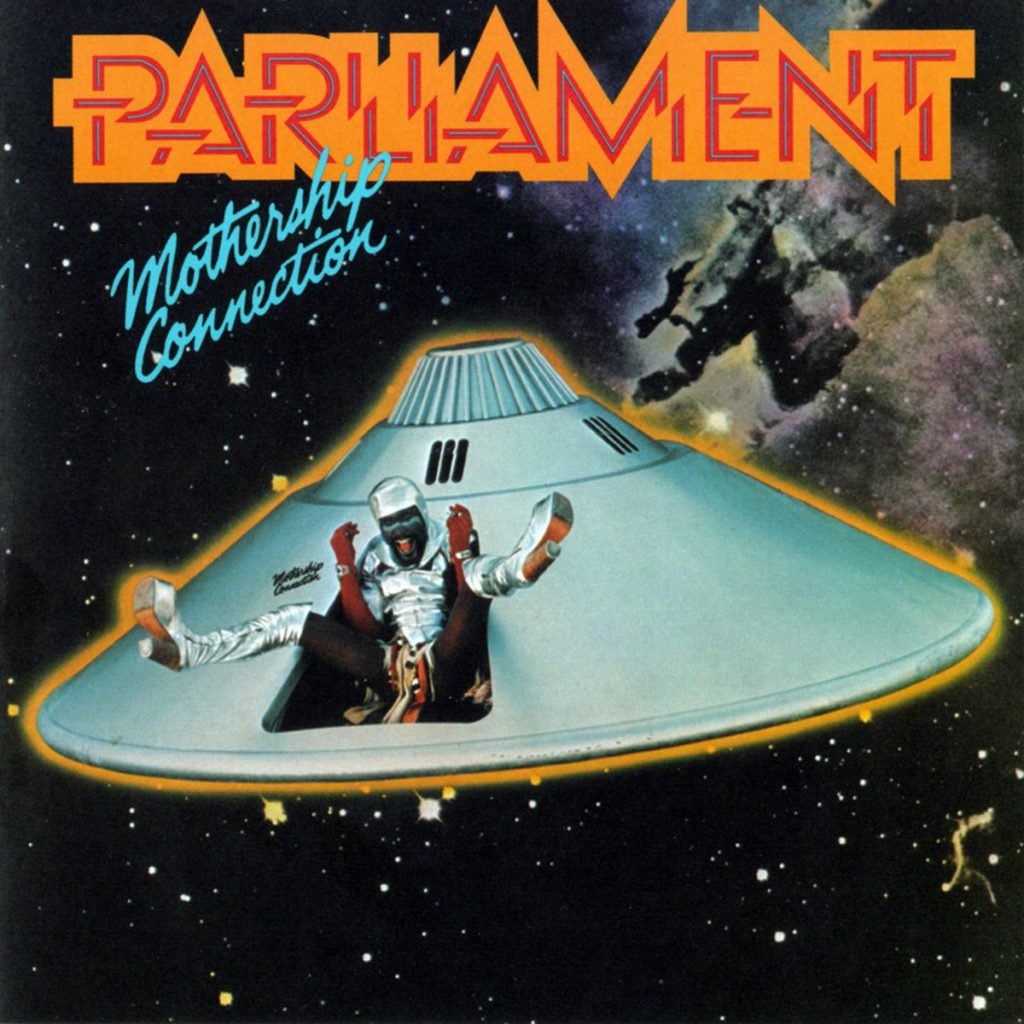 “Funk not only moves, it can remove,” go the intro lyrics in this delightfully stanky, purely funky iconic album by Parliament-Funkadelic. Led by singer-songwriter George Clinton, whose fresh sound sparked its own genre title known as “P-funk,” Parliament-Funkadelic’s vibe is quintessentially funk, and thus impossible not to groove to. Mothership Connection is an album that plays out like a performance: It begins with a lively introduction, like the opening act to a play, and then dives deep into a medley of groovy bass lines and Clinton’s seamless vocals. Mothership Connection is a collection of pure funk sound that will have the listener looking up, getting up, and feeling up—particularly in conjunction with the lively strain Funfetti. 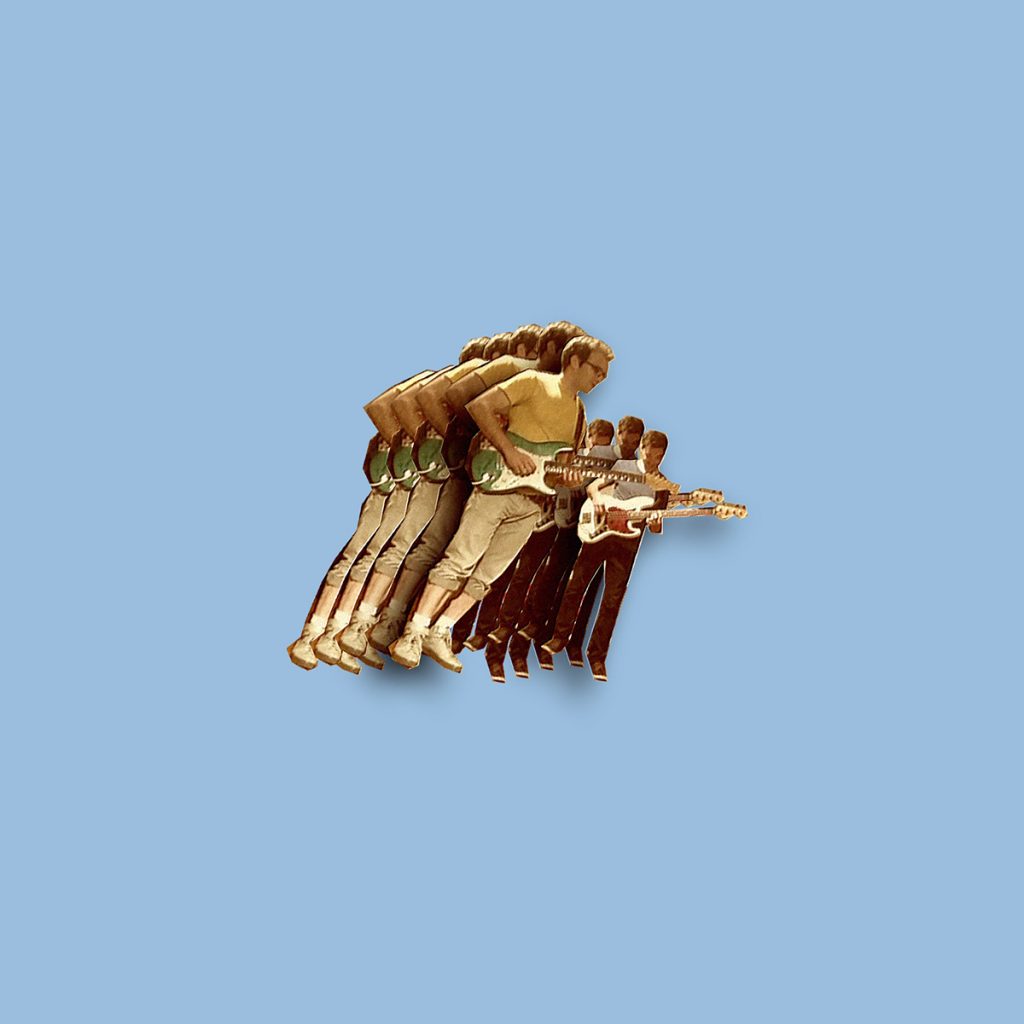 If you haven’t heard of Vulfpeck yet, get ready to join the vulfpack. The American funk group with an imaginary German flair have been steadily taking the music scene by storm since they were founded in 2011. Fugue State, released in 2014, is one of their most popular albums despite containing only six songs and lasting about 18 minutes. While mostly instrumental, Vulfpeck does at times feature vocals such as those on the track “1612,” a thoroughly catchy offering.

Despite its short playlist, Fugue State is not lacking in sound or diversity; and perhaps diversity of sound is what Vulfpeck does best. Each song, even each album, builds a distinctive vibe that somehow manages to be both modern and original while also maintaining a nostalgic and vintage je ne sais quoi.

Beyond The Sun by Orgone 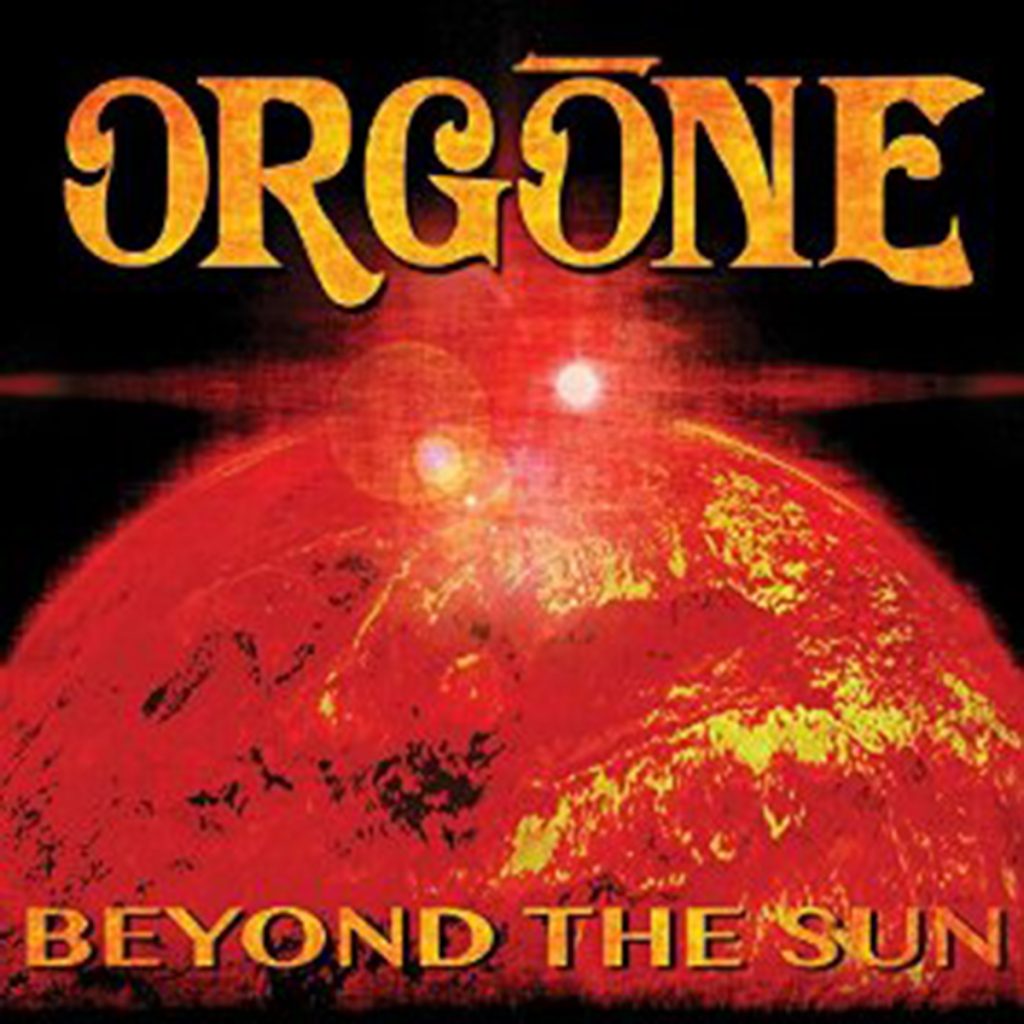 Orgone’s Beyond The Sun is a venerable pleasure from the first note to the last. The music is playful, fierce, and lively, with the powerful vocals of singer Fanny Franklin driving the sound like any of the best conductors. Although much of their music is instrumental, Beyond The Sun especially highlights Franklin’s impeccable tone. However, make no mistake—as riveting as Franklin’s voice may be, instrumentalists are not outmatched but rather perfectly paired, creating a delicious confection of funk for the cannabis-elevated ears to enjoy. This is an album that will delight and invigorate while encouraging participation through song and dance. 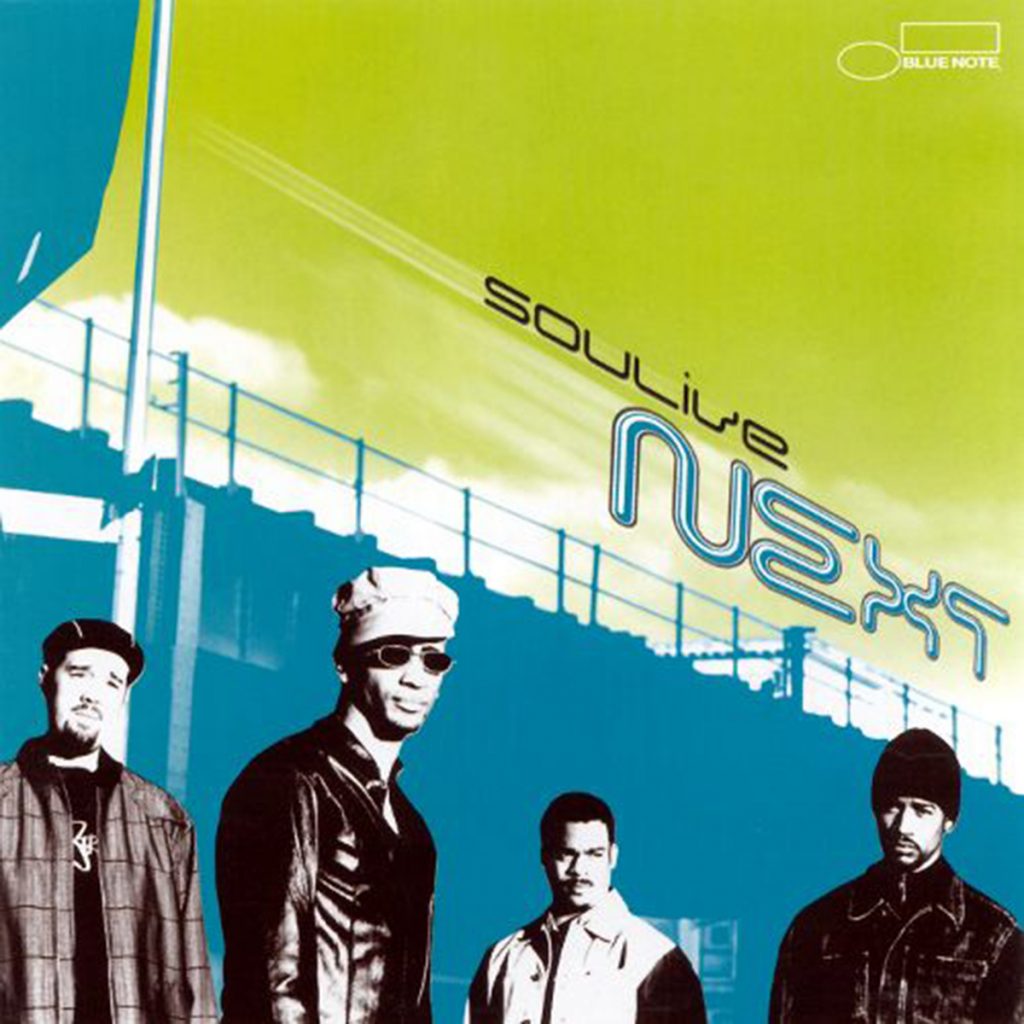 Originating in the forever famous Woodstock, NY, Soulive is a jazz-funk trio that brings the sounds of soul, R&B, rock, and jazz to their largely instrumental recordings. Soulive is certainly a jazzier take on funk, with Eric Krasno on guitar, Alan Evans on drums and Neal Evans on keys, organ, and clarinet. At times, it’s easy to forget Soulive is a trio with their sound so rich and full. Their album Next, released in 2002, adds saxophonist Sam Kininger to the mix, providing an extra depth to their already wildly intricate sound. The album invites the herbally enraptured listener to go on a smooth ride through funky highs and soulful lows, which wind together a sprinkle of vocals amongst a sea of invigorating instrumentals. 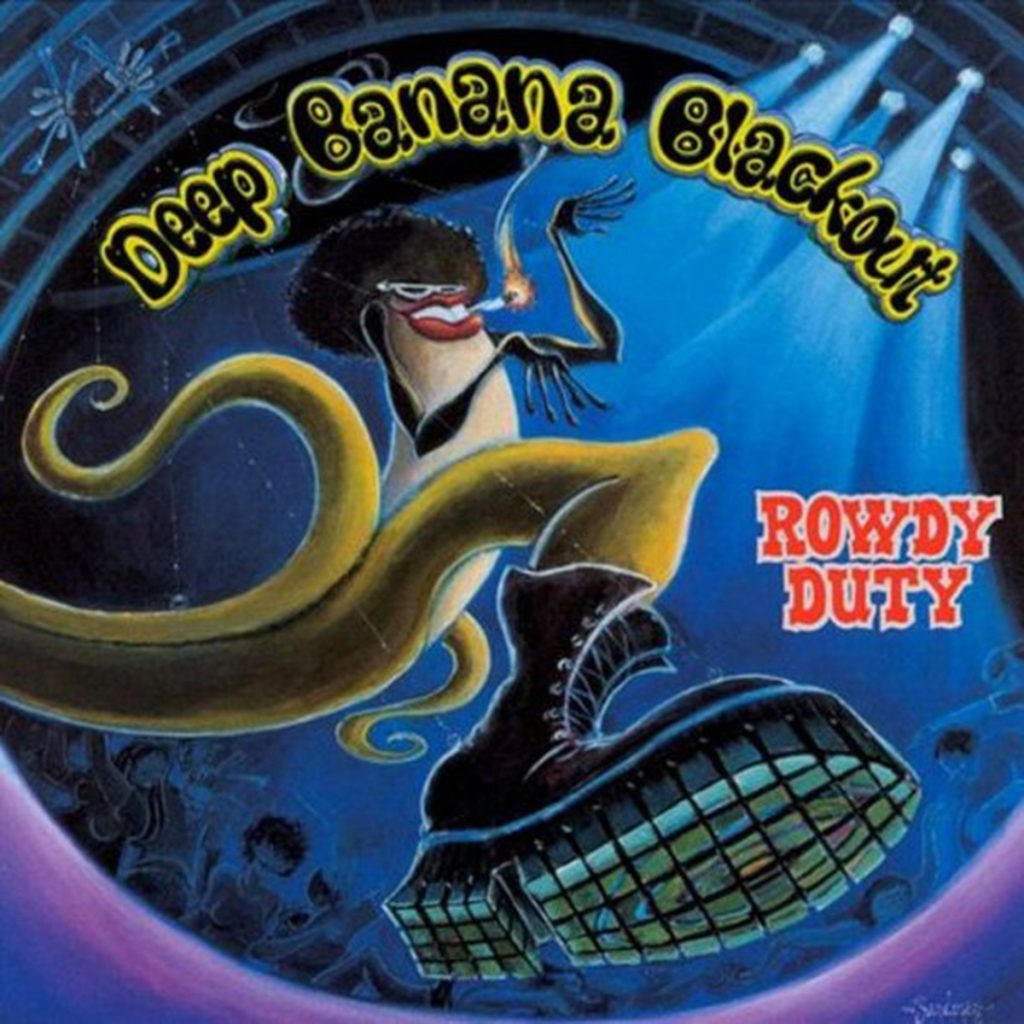 Punchy and powerful, Deep Banana Blackout’s live album Rowdy Duty transports the listener to a live funk show filled with delightful improvisation, stimulating instrumentals, and robust vocals. Recorded in a single night, the 13-track album truly encapsulates the band’s jazz-funk, New Orleans-style sound. The eight-piece ensemble includes a full horn section, creating a funk experience that is truly dynamic and full. All together, it’s an energetic funk soundscape that will lead the blissed-out listener through a maze of funky highs and spacey lows.

Funk music is a music of joy that moves people physically as well as uplifting them mentally. It is perhaps one of the most distinctive genres and one of the most original to come out of the golden era of music in the 1960s. Funk enlivens, and listening to it is simply good for the soul. At the end of the day, funk is all about happiness.