Kevin Cortez July 13, 2018
Share
Share on Twitter   Share on Facebook
Print
Philadelphia native Box Brown was 16 years old when he was arrested for smoking pot. He was a direct victim of America’s long running campaign for weaponizing cannabis and using it as a tool of oppression for its citizens. “It sucked, it was horrible,” he says of the incident. “I had to go to court, I had to see a probation officer every week, and I was criminalized. I thought, ‘this doesn’t seem right to me,’ as a child … It was obvious to me as a non-adult that this was bullshit.”

“Pretty much, from what I've found, is that 90% of cartoonists get high, and 1% mention it.”
Box Brown, Graphic Novelist

Decades later, Box Brown would go on to publish the New York Times Bestselling graphic novel, André the Giant: Life and Legend, for First Second Books in 2014. Three years prior, Brown had won a 2011 Xeric Grant for his comic book, Love is a Peculiar Type of Thing, and kickstarted his own small publishing outfit, Retrofit Comics, that same year. He went on to write and illustrate two more biographical graphic novels for First Second, Tetris: The Games People Play and Is This Guy for Real? The Unbelievable Andy Kaufman, published in 2016 and 2018 respectively.

Today, Brown works full-time as a cartoonist, splitting work between writing and drawing his own lengthy graphic novels, guest writing for comics of licensed properties such as Adventure Time, Rugrats and WWE, and spending time raising a child alongside his wife. Not bad for a man who decided to pick up cartooning after graduating college, and—by all technicality—was once considered a juvenile delinquent.

Cannabis, Legalization, and the Birth of a Graphic Novel

And surely, for the best, the constant that became and has remained a source of inspiration for the cartoonist is the same herb that gave Brown a new perspective of life as a teenager: cannabis.

It’s also the subject of his upcoming historical graphic novel, Cannabis: The Illegalization of Weed in America, due out April 2, 2019. The comic book aims to provide essential context to understanding America’s interest in banning cannabis and demonizing its users, touching on its historical cultivation in Mexico City by Spanish conquistador Hernán Cortés, and shedding light on Harry J. Anslinger and the Federal Bureau of Narcotics’ campaign against cannabis use in America.

His comics are dense ... But they're playful, engaging, innocent, drawn in a manner that's almost cute. In other words, Brown is a true cartoonist.

It’s a tale that Box Brown took deadly serious and spent painstakingly long hours researching. Over our 45-minute phone call, Brown spouted tidbits about the plant and its history I’d never heard before. He spoke on Nixon’s efforts and role in establishing a war on drugs, as well as the effects of negative cannabis propaganda which still continues years after its legalization in many states. At one point, Brown recalled a moment where his editor told him to lighten up over his book’s subject matter. Brown was caught up in the “reefer madness,” and enraged with its potent history of lies.

“I probably worked on this book for 16 months or something like that, between the research, the drawing of it, and editing that stuff,” Brown remembered. “But in a way, I’ve been working on it my whole life, almost the same way that I had been working towards the Andre the Giant book since I was 10. I was so overwhelmed by the amount of information that was out there. It’s just insane.”

Upon finishing a read-through of Tetris: The Games People Play or André the Giant: Life and Legend, it’s clear just how much time Brown devotes to understanding his subject matter.

Frankly, the man does his homework. Panels convey multiple signals with thoughtful expression and ideas, pacing is carefully considered and impactful, Box’s line work is sparse, yet highly effective. Life is depicted through each book’s key players and emotive vignettes of drama or comedy. His comics are dense, and sometimes demand another read-through. But they’re playful, engaging, innocent, drawn in a manner that’s almost cute. In other words, Brown is a true cartoonist.

Why There’s Still Stigma in The Comic Book World

He’s also a true smoker. Comic books and cannabis go together like cereal and cartoons, yet the two hardly collide within the public eye. “Pretty much, from what I’ve found, is that 90% of cartoonists get high, and 1% mention it,” Brown said on the subject of weed in the comics industry. It’s a shame, considering the benefits cannabis can have on an illustrator’s work: intense focus, an eased mind, and a little more patience when it comes to tedious strokes.

“I decided a long time ago to be open about it on the internet, because I think it’s important. It’s like coming out of the closet. There are so many stereotypes about pot smokers and everybody you know is still afraid to talk about it. And yet, everybody on Earth carries an invention created by a stoner in their pocket, all the time.”

Box Brown has kept up with his work schedule of drawing one page every single day for years now, and all throughout has been supported with cannabis. “It helps me focus in a big way,” he says. Brown’s favorite strains that provide the mental clarity needed for work are Lemon Haze and Silver Haze. When it’s time for his after-work treat, he leans toward AK-47, Hindu Kush, or any member of the Cookies family.

“I know some artists will drink beer while drawing. Tony Millionaire will constantly post pictures of beer, staying up all night drinking, but I can’t. If have more than like two beers, I feel so lazy, which is funny because that’s what they say about pot.” 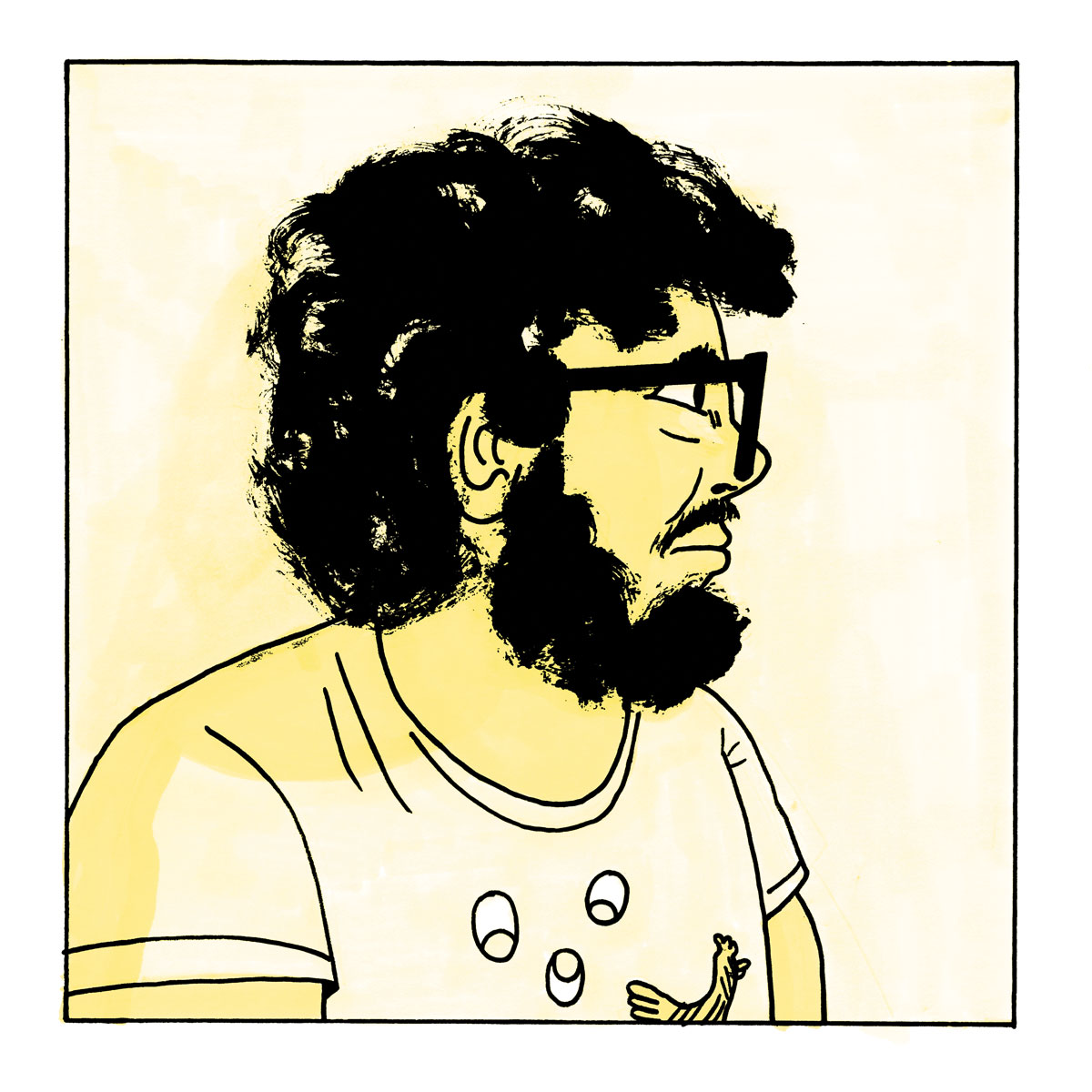 Breaking the stereotype is what Brown proves he’s doing on a daily basis. Today, Brown is working on a fictional graphic novel about a child actor, inspired by a love for Different Strokes. Next April, when Cannabis: The Illegalization of Weed in America hits store shelves, Brown’s name will be pedaled as an avid cannabis advocate, and perhaps one of the firsts in the comic book industry.

12 Cannabis Books That Changed the Game

“It was a huge, enormous undertaking to try to tell a ten-thousand-year-old story with the main character of a plant,” he says on the upcoming book. “I hope that people read it and understand a little bit more about it. It’s a plant that’s as beneficial to society as coffee or aloe.”

Undoubtedly, with the help of the award-winning entourage that First Second publishes, Brown’s book will be in the hands of many young adults, avid comic book fans, and curious adults everywhere. And in 2019, he’ll have aided in informing some of America on cannabis’s biggest rivals since the dawn of time. 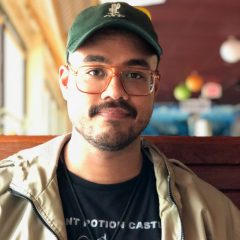 Kevin Cortez is a freelance writer based out of Orlando, FL with an unhealthy obsession with pop culture and media. You can find him telling terrible jokes on his Twitter, @AOLNetscape.