The long, strange history of 4/20, the global cannabis holiday

Every year on April 20th (4/20), cannabis lovers celebrate their favorite plant with festivals, protests, marches, and smoke-outs great and small. The tradition has even gone corporate, with brands like Ben & Jerry’s, Burger King and Denny’s latching on to the marketing potential of a day when more people get more high than any other. Two years ago on 4/20, Chipotle tweeted the single word “dank,” along with a photo of a taco bowl captioned: “Sometimes you need a huge bowl to get you through the day.”

It all started with a Coast Guard sailor, a treasure map, and some high school students in San Rafael, California.

But what are the origins of this high holiday? What does it mean? And where is it heading?

Our surprisingly well documented story begins in the fall of 1971 in San Rafael, California, when a group of wisecracking, weed-smoking students known as the Waldos got ahold of a treasure map.

Turns out one of the Waldos had a friend whose brother was in the Coast Guard at the time, stationed nearby at the Point Reyes Lighthouse. For years this Coast Guard cadet had been planting a small patch of pot in a forgotten area of federal land near the remote outpost, but as harvest approached this time around, he got paranoid about his commanding officer busting him.

So he drew a rough map showing where to search for the pot patch, and gave the Waldos permission to keep it all for themselves if they could find it before the weather turned or the buds rotted.

With this treasure map in hand, the Waldos met at 4:20 pm on a fateful autumn afternoon, under a statue of Louis Pasteur, to get high and gather their forces before setting out in search of the secret weed garden.

Together, they spent weeks questing after this Holy Grail, only to come up empty each time. Still, the outings served their larger goal of having grand adventures they called Waldo Safaris. Passing each other on campus, they took to using the phrase “Louis 420” as a coded reminder of their meeting time and place whenever a new search party was organized.

Eventually they dropped the Louis. And they never found the secret garden.

So how, exactly, did a silly in-joke become a global phenomenon? The same way high quality cannabis seeds spread from Northern California to the rest of the country back in those heady days of the early 1970s, by hitching a ride on the Grateful Dead’s traveling psychedelic freak show.
Related

As Waldo Dave (not his real name) explained to Huffington Post’s Ryan Grim:

“The Grateful Dead had this rehearsal hall on Front Street in San Rafael. So we used to go hang out and listen to them play music and get high while they practiced for gigs…. There was also a place called Winterland in San Francisco where we’d always be backstage running around or onstage and, of course, we’re using those phrases. When somebody passes a joint or something, ‘Hey, 420.’ So it started spreading through that community.”

Spreading on the Deadhead Network

With the Grateful Dead touring incessantly to large crowds over the next two decades, the seeds of 420 scattered far and wide, and then began to take root and spread. Not through the mainstream media (which didn’t know and wouldn’t care) or social media (which didn’t yet exist), but via a peer-to-peer network known as the smoke sesh. Getting high at 4:20 (AM or PM) was a true grassroots movement back when that meant something. A meme before the internet.

At first, the phrase “420” also served as a clandestine way for fellow aficionados to self identify in a time of heavy repression. As cannabis culture came further and further out of the shadows, however, the coded nature of the communication fell by the wayside (too many Craigslist posts seeking 420-friendly roommates or romantic partners), and 420 morphed again, into a day of public celebration.

As Executive Director of Magnolia Oakland, Debby Goldsberry calls the shots at one of California’s premiere cannabis dispensaries. She’s a serial entrepreneur, a savvy political operator, and a sought after thought leader in the cannabis industry. But back in 1988, she was a college drop out who ditched school to join Jack Herer’s Hemp Tour as it crisscrossed the heartland. Eventually she helped form a new organization, Cannabis Action Network, which spent the early 1990s handing out fliers promoting the medical utility of cannabis and the industrial utility of hemp to roughly five million concertgoers, back in a pre-internet era when such information was still hard to find.

After piggybacking on tours with Fishbone, Green Day, Primus, Lollapalooza, H.O.R.D.E. and the Grateful Dead (where they first came in contact with 420 via a flier in the parking lot), Cannabis Action Network eventually evolved into throwing their own festivals. Including perhaps the first ever publicly promoted 4/20 event.

“One day, I was sitting at the CAN office, when the manager of Long Beach Dub Allstars called,” Goldsberry recalls. “They were just reforming after Sublime’s lead singer, Bradley Nowell, had passed away, they wanted to play their first show in San Francisco, and they thought 4/20 would be the perfect day. Of course, I said yes. I called up Boots Hughston, owner of Maritime Hall. I was so nervous asking to rent the venue for this event, and sort of said, ‘Um, we are hoping to rent your facility for an event on April 20th.’ His answer, ‘Hell ya’, that’s 4/20!’”

The ensuing party filled all three stories of the legendary venue, with an expo hall and VIP room on the first floor, a bar and a cafe in the basement, and a giant auditorium on top. The event went from 4:20 PM to 4:20 AM, and was, in Goldsberry’s fond recollection, “completely nuts.”

The line outside was over 500 people, before we even opened. We had a hemp seed cafe, small acts in the bar, thirty or so booths in the expo hall, and an incredible line up of local and national musicians playing upstairs. The place was absolutely off the hook… 4/20 was different back then, as we were all powered up on the drive to end prohibition. Now, 4/20 can feel a little played out—been there, done that. It’s still fully worth celebrating though, and maybe one day, it will be an actual holiday.

Many of the earliest large public gatherings on 4/20 were wholly spontaneous in their formation, including legendary smoke-outs held at Hippie Hill in San Francisco’s Golden Gate Park, in front of Parliament in Ontario, Canada, and on the campuses of the University of Colorado Boulder and University of California Santa Cruz.

At best, local authorities turned a blind eye to these herbal bacchanals. Arrests and hassles of every kind were also commonplace.

In time, such renegade temporary autonomous zones would give way to permitted public rallies, protest marches, concerts, festivals and Cups.

This year there’s a destination for every budget and lifestyle, from Denver’s free 4/20 celebration in Civic Center Park to an exclusive Goddess Ganja Getaway in the redwoods along the California coastline. Both of which sound like a blast, to be honest.

But with Madison Avenue already starting to co-opt the holiday to sell more fast food and ice cream, it feels like only a matter of time before what began as a goofy underground ritual, and evolved into a day of defiant celebration, ultimately devolves into the weed equivalent of St. Patrick’s Day—“Brought to you by Jack in the Box.”

Goldsberry already likens 4/20 at her dispensary to “Black Friday.”

So are the forces of target marketing and binge culture strong enough to separate 420 from its anti-authoritarian, anti-consumerist, pro-weirdness roots?

Only if we let them. 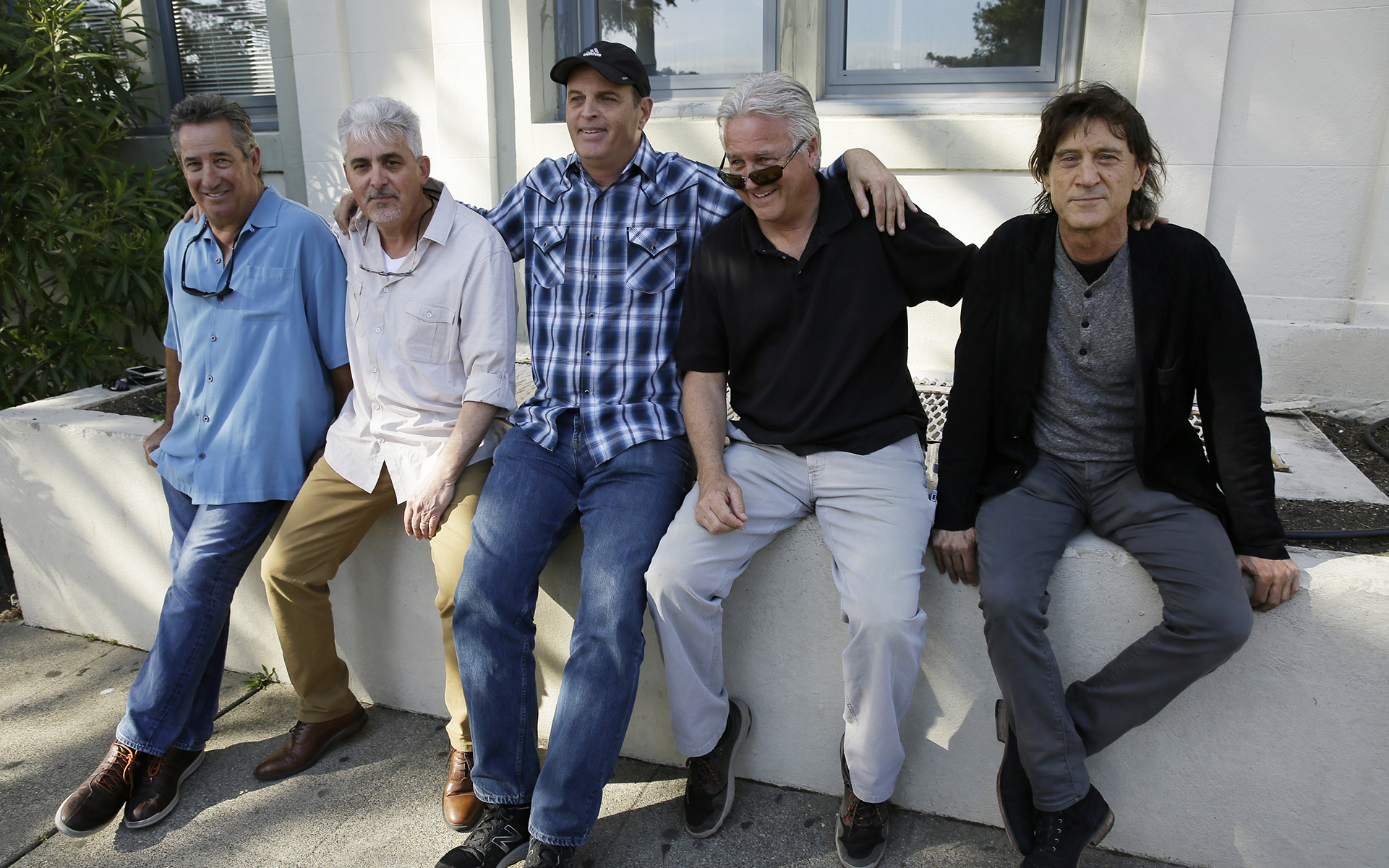 In this Friday, April 13, 2018, photo, the Waldos, from left, Mark Gravitch, Larry Schwartz, Dave Reddix, Jeffrey Noel and Steve Capper sit on a wall they used to frequent at San Rafael High School in San Rafael, Calif. Friday is April 20, or 4/20. That’s the numerical code for marijuana’s high holiday, a celebration and homage to pot’s enduring and universal slang for smoking. And the five Northern California high school stoner buddies widely credited with creating the shorthand slang for getting high nearly 50 years ago now serve as the day’s unofficial grand masters. (Eric Risberg/AP)

Sure, 4/20 is a day to get blazed like no other. But I contend it’s much less important what you blaze, and how much you blaze, as it is where you blaze, and who you blaze with. So, in the spirit of the Waldos—who, by the way, all remain close friends to this day—kindly gather your best cannabis tribe together this year, and go on a Waldo Safari, be that a group outing to an old-school mass smoke out with one of those giant joints going around at 4:20 on 4/20, or a serene nature hike to the lake where you and your crew first learned the ways of Mary Jane.

Just make sure you pause for a moment to take in the immensity of the social change happening as we transition from the horrors of prohibition to the splendors of the legalization era. And maybe grind up a little (okay, very little) bud and set it adrift on the wind for all the homies in the long history of cannabis who put themselves on the line to give us this bright green future. And all those stuck living places where getting high on 4/20 still means risking a run in with the law.

Next year, may we all blaze free.