We live in exciting times. Not only is cannabis legalization proceeding at an unprecedented pace, but craft beer is experiencing a major renaissance of its own. Between thousands of strains and hundreds of beer styles, more pairings are possible today than at any previous point in history. The question is: how to go about matching a beer with its perfect cannabis counterpart? 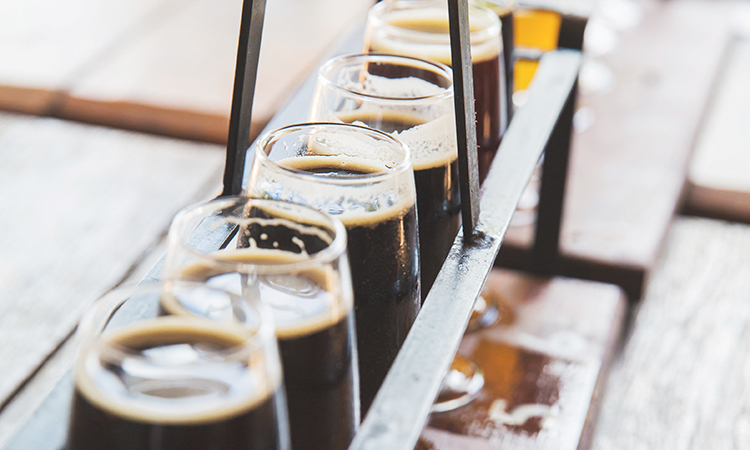 “A good pairing can accentuate certain minor notes in a beer you might not have noticed before,” says Aaron Goldfarb, who has covered beer for Esquire, Punch, Playboy, Draft Magazine and more. “Sipped alone, you can hardly detect the pineapple notes going on — add, say, some glazed pork, and now those pineapple notes are suddenly exploding on your palate.”

Goldfarb says the most important thing to remember when pairing beer is “not to get too aggressive and thus mute the taste of both the beer and the food — or whatever else — you're pairing it with. You don't want a super-complex booze bomb completely destroying a light fish entrée you're eating. Likewise, you probably wouldn't want to pair a potent, stinky bleu cheese with a delicate pilsner.” Of course, Goldfarb adds, “it's just beer, so screwing up pairings and trying to figure out what offbeat things might work is a good part of the fun!”

Pairing Cannabis and Beer by Flavor 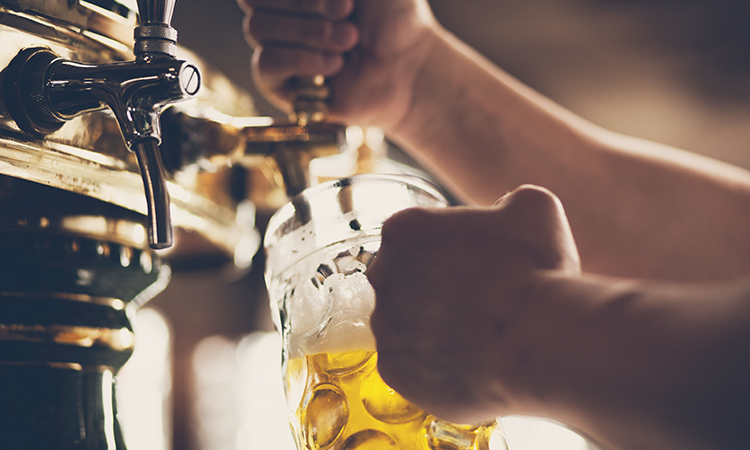 The diversity among cannabis flavors begets innumerable pairing possibilities, whether with food, wine, beer, or even coffee. In fact, there are so many flavor profiles that it can be intimidating for a beginner to know where to start.

Cannabis’s wide range of flavors are derived from terpenes, which occur naturally in varying concentrations in different cannabis strains. Not only can terpenes offer an array of health benefits to the cannabis consumer, they also provide cannabis with its pungent aroma and flavor. That lemony citrus you smell in Super Lemon Haze, for instance? You can thank limonene for that.

Beer flavors, for their part, are dependent on the mash bill, or mix of grains, that was fermented to create the beer, as well as the yeast used during fermentation, the hops, fruit or other ingredients used to flavor the beer, and the wood of the barrels used to store it prior to bottling. In fact, terpenes can have an impact on beer, too: they’re present in hops (botanical relatives of cannabis), which flavor a vast number of beers. The similarities between cannabis and hops can lead to some beers exhibiting a rich, dank or skunky aroma reminiscent of fine cannabis.

A good place for beginners to start pairing is often with descriptively named strains. Agent Orange, for instance, is so named for its juicy orange aroma and flavor, so think of beers that might naturally be complemented by an orange slice: a Belgian or a summery hefeweizen, for example. If you’re played around with beer and food pairings before, you’re already well on your way to fantastic strain pairings, but regardless of your experience level, there’s simply no substitute for practice. (Good thing that’s the fun part!)

Want more inspiration? Through a rigorous malt-to-terpene matchmaking process, we compiled the following list of beers paired with cannabis strains that complement their unique flavor profiles. Depending on your personal preferences or the ambiance you’re aiming to create, choose an indica, hybrid, or sativa, or try all three and note your favorites for future reference.

Pairing Cannabis and Beer by Effects 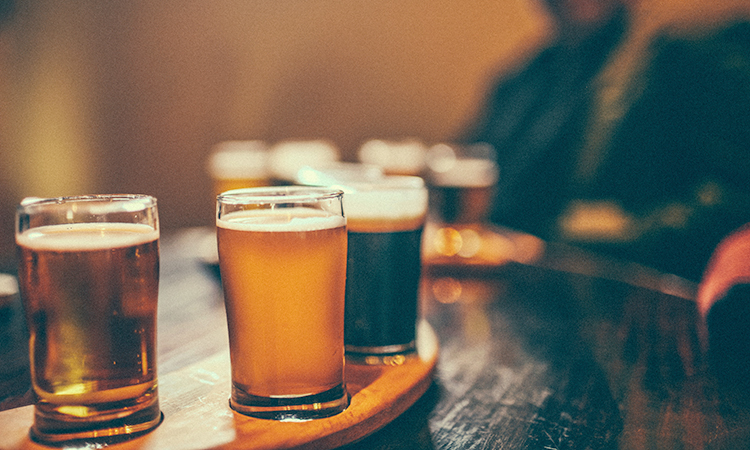 When pairing beer with food, the main focus is on how the flavors complement each other. With cannabis pairings, there is another element to consider: how the effects of the cannabis pair with the effects of the alcohol in the beer. This additional layer to the pairing process makes it a little more challenging and potentially a lot more fun.

Indicas, sativas, and hybrids can beget a wide range of effects: some strains are uplifting and happy, while others are relaxed or sleepy. So if you’re holding a Russian imperial stout with 12 percent alcohol by volume (ABV), you’d probably better steer clear of potent, body-heavy indicas like Granddaddy Purple, unless you want to end up napping all afternoon in an armchair (though that can be enjoyable, too).

Bringing It All Together: Pairings to Start With 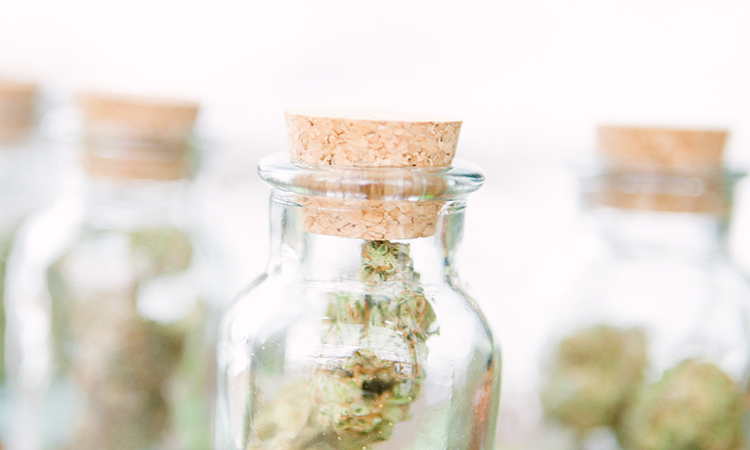 The best pairings consider both the flavors of each individual constituent and how the effects of one will offset or accentuate the effects of the other. A few specific examples to try:

Trainwreck and Stone Brewing Go-To IPA. The lovechild of Mexican and Thai sativas and Afghani indicas, the potent hybrid that is Trainwreck hits like a freight train (in a good way), showing off citrus-laced, pine-dominated flavors. Pair it with an easy-drinking session IPA like Stone Brewing’s Go-To, whose metered hop character and 4.5 percent ABV will let you sip several over a leisurely afternoon or evening around a campfire.

Durban Poison and Brooklyn Brewery Brooklyn Brown Ale. The sweet, earthy flavors of the Durban Poison layer beautifully atop the roasty, malty elements of an approachable American-style brown ale. Given the uplifting, social effects of this particular sativa and the easy-drinking nature of the style, this combination is perfect for a cannabis-friendly social gathering.

Purple Chemdawg and Great Divide Brewing Co. Yeti Imperial Stout. One fun way of bringing cannabis into the beer tasting process is by using it to reconsider a complex beer style. Imperial stouts, for example, can pack a powerful punch of flavor, but flavors are experienced differently when under the influence of cannabis, which can make it great for an adventure in beer tasting. Unlike some more potent indicas, Purple Chemdawg revs the mind up and won’t put you to sleep, making it perfect for tasting.

Two important things to keep in mind: first and foremost, always consume safely and responsibly (including getting a ride home if you’ve been partaking). Also, remember that there are no right or wrong answers in pairing beer and cannabis. Do you like the pairing? Then it’s a good one. Just as everyone experiences the effects of different cannabis strains a little bit differently, everyone (even the pros) experiences flavors a little bit differently, too. Factors including your body chemistry, past experiences and the region you’re from can all affect what you taste. Don’t waste time worrying about whether you’re doing it perfectly; just relish the fact that you’re savoring two of life’s most enjoyable pleasures at the same time. 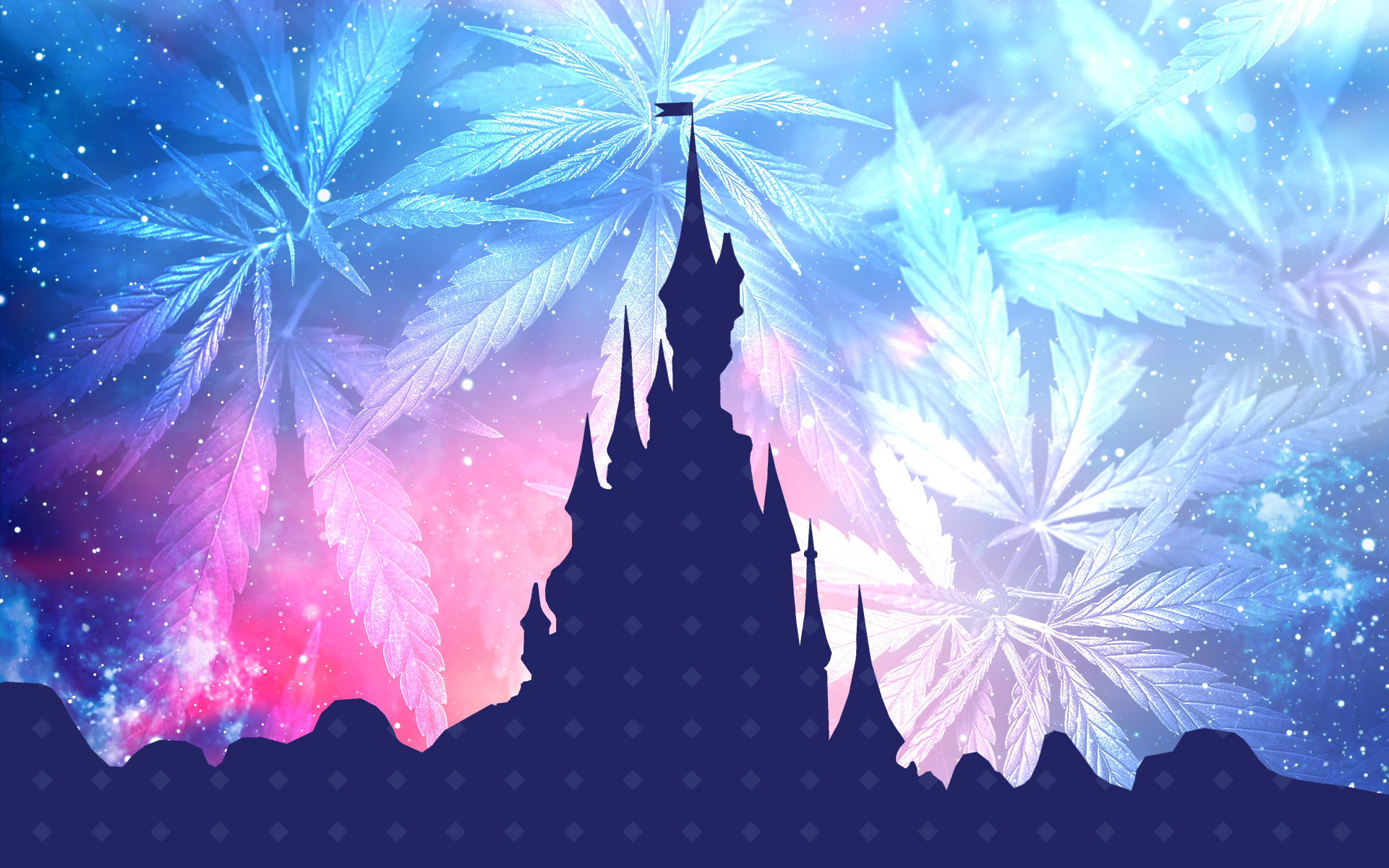 How Disney and other theme parks handle medical marijuana and CBD