Most notably, it has been found to be an effective bronchodilator and has promising anti-cancer properties. Also important to note is that it comes in two forms: Alpha-pinene and Beta-pinene.

Beta-pinene, also seen as ‘β-pinene’, emits an earthier pine scent and research displays findings of it as an antiviral and antimicrobial against pathogenic organisms.

What does this mean for us?

With pinene’s anti-inflammatory and antimicrobial effects, this could be a great addition to your self care and wellness routines.

Check out these terpinolene-rich strains at a cannabis retailer near you:

Hailing from two famous parents, Blueberry and a sativa Haze strain, Blue Dream is a sativa dominant hybrid that is often described as very potent. This isn’t meant to scare you, but should act as a warning to approach with mindful caution.

Even on the low end, the THC payoff for Blue Dream is 17%, which is among a higher percentile for most strains. With a terpene profile of ɑ-pinene, β-pinene, and limonene, this strain is said to increase mental focus and energize the mind.

It’s not surprising that users report a strong cerebral rush, euphoria, and motivation at the onset. With the scent of sweet sugary blueberries, this strain is a favourite for recreational and medicinal consumers—especially because as the experience builds, sensations of total relaxation leave you feeling hazy and a little introspective. Dive into Blue Dream during an open afternoon.

What Are the Side Effects of High-THC Cannabis?

No.502 White Light offers exactly the rich, woody, and earthy aroma you would expect from a terpene profile of ɑ-pinene and β-pinene, caryophyllene, and myrcene.

The high is described to be highly euphoric and uplifting with soothing body sensations. Novice users should consume with caution as this is quite a potent strain with THC levels ranging from 16-20%. But once you’re accustomed, No.502 White Light is an excellent partner to a night in soaking in the tub or sprawled out on the sofa.

Find No.502 White Light Near You

Penelope is a balanced strain from Tweed, with a one-to-one THC:CBD ratio. Penelope smells of earthy pine and cloves with peppery pine notes on the exhale. Users have reported a fun, euphoric high with Penelope that helps melt away stress while relaxing the body.

This mild strain is also described as a mood enhancer while providing focus. Consuming too much has been said to put users in a spacey sleep haze, so if you’re dappling with Penelope for the first time make it an evening session just in case you start to drift off.

Find Penelope Near You

A distinct mango aroma with sour and spicy undertones, this balanced sativa hybrid is a great daytime strain. With a star-studded lineage of Northern Lights #5, Skunk, Haze, and an unknown CBD strain, Mango is said to send users on an energizing, creative, and euphoric journey.

Described as a gentle high with mild THC potency and a one-to-one ratio of THC:CBD, this strain energizes the mind and the body. It’s said to be perfect for those days you need an extra boost to get going.

Find Mango Haze Near You

Described as an extremely uplifting and euphoric strain, Gather has been reported to improve mood, create focus, and enhance your creative thinking. It has an unmistakable musky aroma from the myrcene and β-pinene terpene mix.

This medium THC potency strain is said to offer a strong body high that will keep you grounded. Pair that with a strong cerebral rush, Gather is recommended for daytime or early evening use.

Find Gather Near You 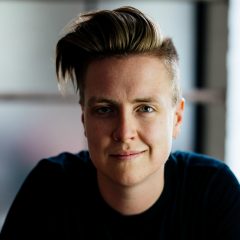 CBD
Can Cannabis Help With Inflammation for Athletes?
Strains & products
The Best Cannabis Products for Your Nightly Routine
Canada
How Canadian retailers guide customers to the right kind of cannabis
Strains & products
What's The Difference Between Sweet and Fruity Cannabis Strains?