Dante JordanJuly 3, 2019
Share
Share on Twitter   Share on Facebook
Print
(Leafly)
When it comes to smoking big weed, you’ve got to have big flavor, or the experience is worth nothing. Though smoking flower is my favorite method of consumption, I’m well aware that concentrates provide the most flavorful experience, especially hash.

Hash, or hashish, is a cannabis concentrate created by tightly pressing the plant’s resin-packed trichomes. This process concentrates cannabinoids and terpenes, which not only maximizes a strain’s potency, but also its flavor.

Plenty of cannabis strains are better suited for this process than others, so for all of my people looking for that one-way ticket to Flavortown, here are six strains that taste better as hash. 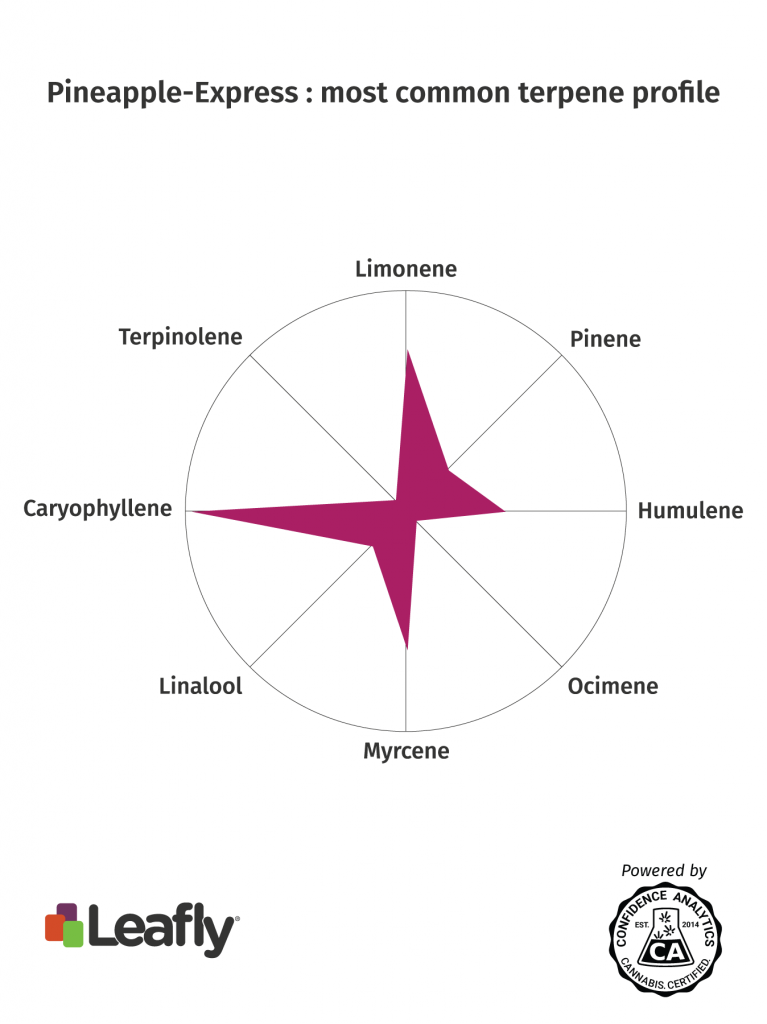 The namesake of the famous Seth Rogen film, Pineapple Express is a hybrid of Trainwreck and Hawaiian.

It has an earthy sweetness that comes through when consuming it as flower. However, when consumed as hash, Pineapple Express exhibits a super duper tropical taste of pineapple chunks. That’s why some growers consider it a hash strain.

Chemically, Pineapple Express most commonly expresses itself as a caryophyllene-dominant strain with limonene and myrcene following. It is a THC-dominant strain, evident by its powerful high, with levels ranging between 15-19%.

Ice Cream Cake is one of the most delicious strains in the whole wide strain-o-sphere. A cross of the vanilla-flavored Wedding Cake and the sweet and gassy Gelato #33, this indica-dominant hybrid will punch you right in the taste buds with a creamy vanilla flavor.

As flower, Ice Cream Cake’s flavor possesses an earthy undertone reflective of its Wedding Cake parentage. However, when dabbing or vaping, Ice Cream Cake’s sweet vanilla flavor is so pronounced that you’ll think you’re smoking the icing off of your 6-year-old cousin’s birthday cake.

While we are unsure of the terpene profile responsible for Ice Cream Cake’s delicious taste, we do know that it’s a THC-dominant strain with levels ranging between 23-29% on average. 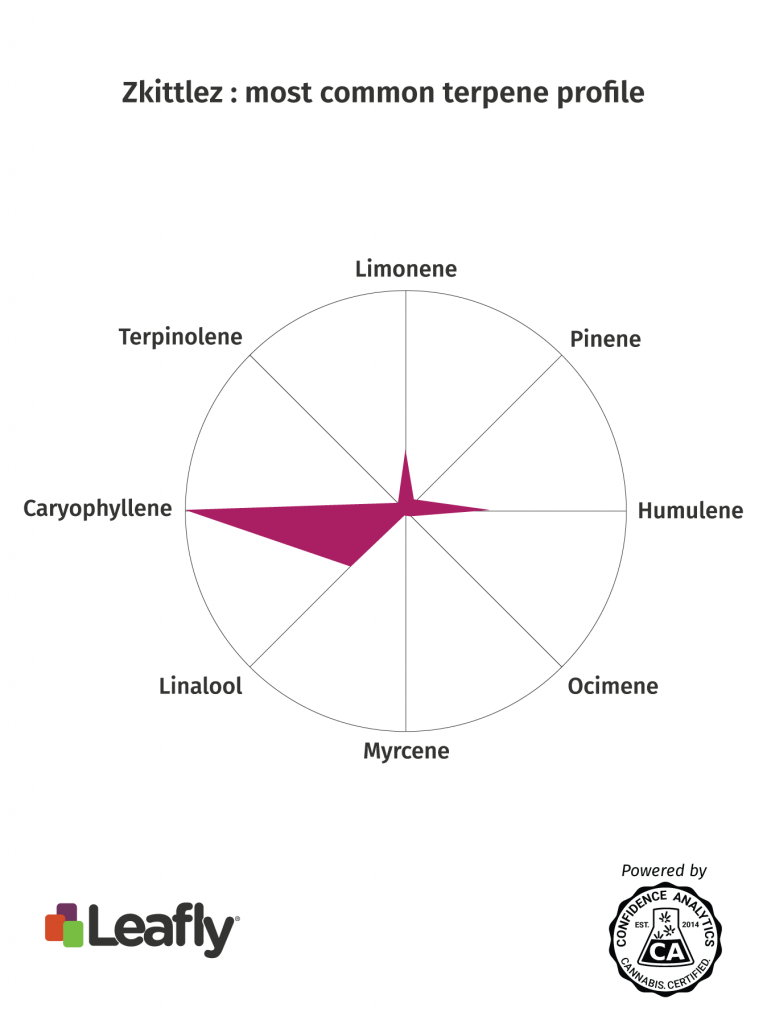 You see the name Zkittlez and you immediately prepare yourself to taste the rainbow. A cross of Grapefruit and Grape Ape, Zkittlez is a fruit-forward powerhouse that’ll fill your mouth with the sweet taste of a berry medley.

If you love dabs and you want something super fruity, almost like smashing a handful of grapes against your tongue, then Zkittlez is 100% the strain for you.

The terpene profile responsible for this wonderful treat is most commonly dominant in caryophyllene, with the rare humulene and linalool following. Zkittlez is a THC-dominant cannabis strain with levels typically hovering around 20%.

If you’ve ever heard a rapper say they were smoking that Obama, chances are they were talking about Presidential OG, not Obama Kush. Nonetheless, Presidential Kush is another strain that’s great as flower, but really maximizes its potential as a concentrate.

Crossing Bubble Gum with the famed OG Kush, Presidential OG traditionally comes with earth and pine flavors. However, as a solventless hash, it hits you with a straight-up diesel flavor, reminiscent of many OG-influenced cannabis strains.

So if you’re a hash enthusiast and you’re looking for that gas, Presidential Kush may be the strain for you.

Presidential OG Kush’s terpene profile remains a mystery, however, we do know that it is a THC-dominant cannabis strain with average levels ranging between 16-20%. 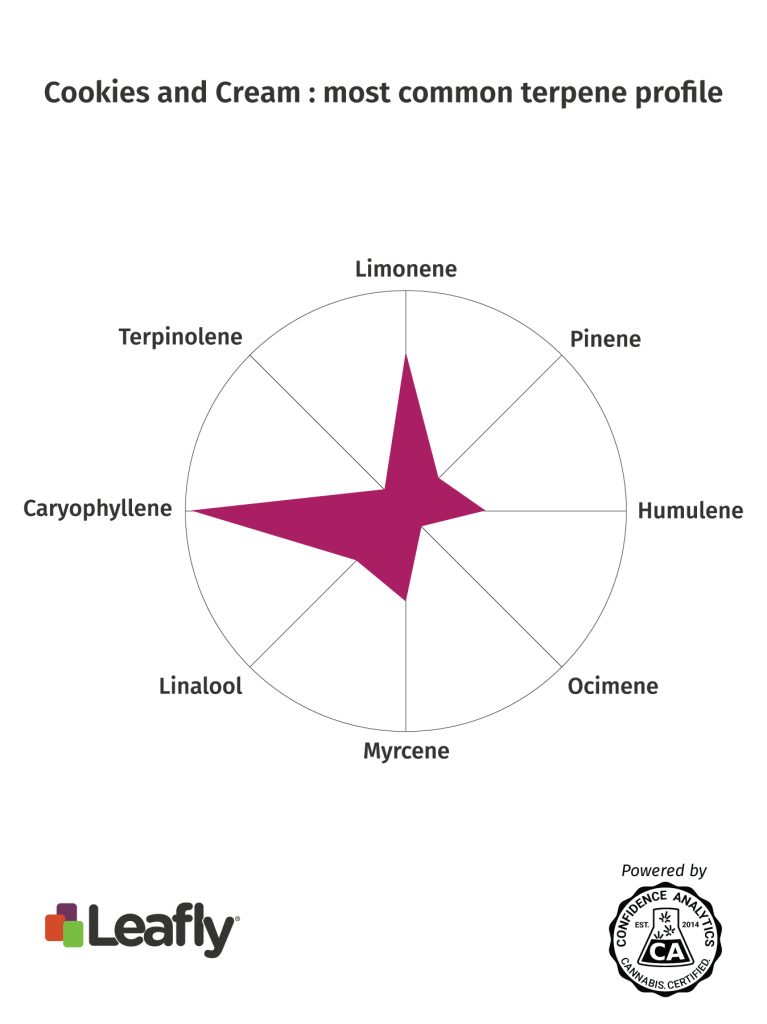 A sweet and earthy cross of GSC and Starfighter, when processed as hash, this strain really comes through with a dominant diesel-like flavor that’ll appease any hash consumer looking for a potent hybrid.

Its chemical profile features an abundance of caryophyllene and limonene, which is common in many Cookies strains. On average, Cookies and Cream is THC-dominant with levels ranging between 18-23%.

You may ask: “What if I want to get maximum flavor with a minimum high?” Then you’re in luck, because the CBD-dominant Aliens On Moonshine is here for your headtop. Truly one of the tastiest strains I’ve ever vaped, this cross of Sour Alien and White Moonshine comes through with extremely tropical and citrus flavors. It damn near tastes exactly like the Pineapple Orange Banana juice that Dole makes.

We’ve yet to discover which terpenes produce these delicious flavors; all we know is that it produces a 2:1 CBD:THC ratio with average levels ranging between 8-11% and 4-5%, respectively.

Find Aliens on Moonshine Nearby